3 EDM Artists Worth A Listen

The sound of the bass echoes through the crowd of enlightened people. Artists from all over the world gather together to perform on numerous stages that are decorated with flowers and glitter. What can be described here is the experience of going to an EDM festival. EDM, which stands for Electronic Dance Music, is a genre of music that consists of intense bass, technological fantasies, and positive vibes. While there are many artists who can be classified as being the best, there are three artists in particular worth a mention: Griz, i_o, and Kaskade. 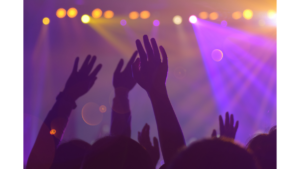 Properly known as Grant Richard Kwiecinski, Griz has been creating beats in the EDM world for many years now. Most recently, due to the Covid-19 pandemic, Griz has selflessly decided to start his own virtual music camp, known as Camp Kulabunga, in hopes that he can promote self-care and build a thriving community amongst listeners of the genre. From being the mastermind of songs that will leave goosebumps on your skin, to being an active member of the community, Griz is a fine example of a successful artist who is using his power for good.

With the birth name of Garrett Falls Lockhart, i_o was a newer member of the EDM family, but unfortunately, lost his life to a disease known as Hashimoto’s last November, thus ending his life at 30 years old. Even more tragic, i_o was seen at the well-known festival EDC Orlando in November of 2019, almost exactly a year prior to his death. However, i_o left behind a legacy in the world of EDM music. I_o was known for having the personality of an angel, and the kindness that one can only dream of possessing. Battling with the hardship of depression and anxiety, i_o never seemed to allow the darkness to overshadow the light. His impact on the EDM community will live on for a long time.

Kaskade, properly known as Ryan Gary Raddon, is arguably one of the greatest EDM artists in the genre. Having been in the industry for over ten years now, Kaskade has been known for mixing, producing, and recording intriguing EDM songs. What is more notable, however, is his establishment in the community. Having recently worked with another artist known as Ella Vos, Kaskade has managed to create a video titled “Miles To Go” that mentions the topics of love, fate, and patience, three characteristics that anyone can relate to. Also, it has been noted that artists and fans alike have described Kaskade as “friendly” and “caring”. Kaskade is not only a good individual, but creates astonishing beats.

Whether you are in the blazing, crowded heat of EDC Orlando, or basking in the sun of EDC Las Vegas, the genre of EDM music is one that shares hope, passion, and equality, and these three artists are prime examples of just that.

Hello, my name is Shannen Connor. I currently work for Otter PR as an Account Executive. I am 29 years old, and I currently hold a Bachelor's degree in English Literature from the University of Central Florida. I have experience working as a public school English teacher for 3 1/2 years. I enjoy reading, writing, and getting to know people!

Why is it Important to Fund the Arts?