Keeping COVID-19 at bay for most of 2020 and 2021 has been touted by China’s government as a major success story, but if it is to continue adhering to its “dynamic COVID-zero” policy moving forward, Western vaccines and therapeutic drugs may start playing an increasingly prominent role. 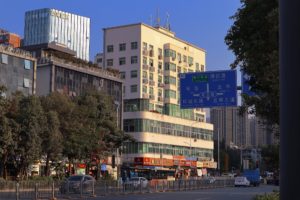 As Shanghai remains under stringent lockdown, China has been turning to imported Western COVID-19 drugs to complement Traditional Chinese Medicine (TCM) therapies as it sticks to its “dynamic COVID-zero” policy and tries to eliminate COVID-19 domestically once again.

October Is Here: Does This Mean Cooler Weather for Florida?

One such imported drug is Pfizer’s PAXLOVID, which was granted clinical use approval from Chinese medicine regulators on February 11.

Approximately 21,000 boxes of the drug arrived in China via Shanghai on March 17, with those distributed to areas of the country currently facing the most alarming outbreaks.

In a statement to the Chinese media outlet Health Times, Liu Lei, director of China’s National Clinical Research Center for Infectious Diseases, said PAXLOVID had already been used at a Shenzhen hospital to treat 20 patients.

Shenzhen, a southern Chinese tech hub with a population of 13 million, was earlier under its own week-long lockdown after cases there spiked, with restrictions easing on March 17.

According to Liu, the drug “reduced patients’ viral loads significantly and shortened discharge times to between five and seven days.”

The introduction of the Pfizer medication marks a stark departure from China’s long-held strategy throughout the pandemic of relying predominantly on locally-developed vaccines and drug therapies to ward off the virus.

At the same time, the country’s approach to vaccines may also be shifting slightly, as China’s CanSino Biologics Inc. announced earlier this week that its mRNA COVID-19 vaccine had been granted approval for clinical trials by national regulators.

Also, in an official government release in Shanghai on March 29, support for the importation of non-Chinese vaccines was noted, suggesting mRNA vaccines could be used as booster shots in the future.

Though vaccination rates are high in China, with 3.2 billion doses having been administered as of April 5, according to official Chinese statistics, the vast majority of vaccines utilized so far have been of the inactivated kind, which may not offer sufficient protection against the Omicron BA.2 sub-variant.

But, despite mainly asymptomatic or mild cases being recorded in China recently, it appears the “dynamic COVID-zero” approach is set to remain in place for some time yet.

1,540 symptomatic COVID-19 cases were reported countrywide on April 7, while 22,648 asymptomatic cases were announced, according to government statistics.

Bert E. Miller and His Strategies in the Recruitment Space

Harry Harding is a television presenter, news anchor, and journalist who has been based in China for 11 years.

October Is Here: Does This Mean Cooler Weather for Florida?

Bert E. Miller and His Strategies in the Recruitment Space

Anti-Racist Activist Matthew Kincaid Comments On Will Smith’s Academy Ban: Is The Punishment Worth The Crime?

The Weirdest Pieces Of The Quadriga Mystery