The Constitution of the United States has held for over 200 years. Its words have determined the course of hundreds of millions of lives and been used to establish or tear down social, military, political, and judicial processes. However, much has changed since the inception and writing of this revered text.

Some would argue that much has changed since its writing. That the authors could not fathom the technological and social advances in population, communication, medicine, and weaponry that have come to pass. Therefore, turning to an outdated text that was written in a different time, for people dealing with vastly different issues, to address the problems of today’s society is simply ignorant.

Others would contend that its simplicity and flexibility are exactly what make the U.S. Constitution such an ingenious blueprint for a nation. That it was designed to be a living set of instructions on which future generations, should the need arise, build upon by adding amendments or changing ones that are out of date. The difficulty of amending the Constitution, requiring two thirds of congress or states, would in fact ensure that the change is truly necessary and would benefit a majority of the nation, rather than a small group of individuals.

Dawkins makes a “big admission” in Collins debate… but not the one you’re thinking of!

It is also important to note, that many amendments have been made to the constitution since it was written. The initial body of the Constitution outlined the structure of government. Followed by the first ten amendments, collectively referred to as the Bill of Rights, and an additional 17 amendments over the next 190 years. In all, it has been amended 27 times, between when it was originally signed into law (ratified) and today. Serving as proof, that should a need be great enough or if the existing document fails to address a specific problem, necessary adjustments can and have been made.

So, what’s the problem? Why bother rewriting something that is already designed to be updated? The simplest way to answer this question, is to look at it through the lens of technology. Why would a company like Microsoft or Apple want to release a brand-new version of an operating system? They are constantly releasing updates and patches, so why build an entirely new system, when you are able to update one into which you have already poured countless labor hours and billions of dollars?

If it is not abundantly clear, the answer is that as technology passes certain milestones, no patch is big enough to ensure that the overall system will continue to function at its optimal capacity. Whether that is due to external threats from hackers or limitations and inefficiencies that hinder the system’s performance. Changes to the original coding language become necessary… and the only way to do it, is to create a whole new version.

This does not necessitate starting from scratch. The portions that work well can and should be carried over. They can be tweaked and improved, but it would be wasteful, foolish even to say that we have to start with a blank sheet of paper. However, I would argue that going from version 1.27 to 1.28, would still fail to address the outdated language, societal problems, and the challenges that have risen over the last 200. Not to mention those that we will face in the 200 years to come.

Join me, in exploring the challenges and issues of 21st century America. Make your voice heard in the comments and share your perspectives. It won’t be an easy task, but it is time for Constitution 2.0. 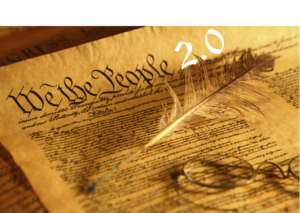 Four Websites That Deliver Meals Directly to Your Door

Daniel is the author of the children’s book “The Lost Shepherd: The Three Kings.” His writing focuses on engaging the reader’s critical thinking skills and challenging the status quo.

Dawkins makes a “big admission” in Collins debate… but not the one you’re thinking of!

Popdarts: Reconnect With Friends With This Tik Tok Famous Game

Can Robusto Up Treat libido?