The news of YouTuber Kevin Samuels passing came as a shock to many however it was met with very unpleasant remarks largely across not only from those whom he made a living bashing, black women but also many men. Kevin was a self-proclaimed relationship guru and style consultant despite having been married and divorced several times. Kevin Samuels became a prominent figure in the Youtube community after a series of his videos went viral as he bashed women in today’s dating world. Often citing that women are much too aggressive, overweight, and have children which would make them unappealing to an eligible bachelor who makes a good living, he made lots of heads turn by his blunt, sometimes aggressive ways of describing women.

Kevin became infamous in that he would allow women to come on his live and he would give them “honest and accurate” feedback on how they would look, their accomplishments, income, weight, etc. He even famously had rap superstar Nicki Minaj on an episode where he rated the star a mere 7. In the episode he goes on to explain to her that she is exempt from a great deal of what he says to women because she has amassed her wealth, she looks a certain way and she was without children. Very clear areas he points out for women as issues in helping them secure a wealthy man and sustaining marriage.

While many are sending condolences to his family and loved ones a lot of women in particular are expressing slight celebration in the loss. They are not alone however as Ernest Owens, award winning journalist at Philly Magazine @MrErnestOwens tweeted “Kevin Samuels has made a career off of shamelessly disgracing Black women for profit. He emboldened the most toxic individuals to project tired and harmful narratives about Black women. Dead or alive, what a disgraceful life to live. That’s all I’ve got for that misogynist.” https://twitter.com/MrErnestOwens/status/1522363869980729344

Meet The Man with Most Beautiful Instagram Modification Ever

Early reports have concluded that Kevin suffered cardiac arrest at the age of 56 and succumbed to the heart attack. This is especially unfortunate because many see that he spent quite a lot of his time bashing women for being “unhealthy or overweight”. Ironically unfortunate heart attacks are usually attributed to unhealthy habits as well. Many media outlets are unsure whether to confirm the news because it appears a family member has yet to confirm the death. Our condolences to his family.

Update: The family has confirmed he passed. 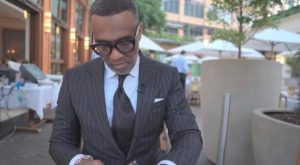 How to Use The Best Paystub to View the Payroll? A Complete Guide:

E.K. Stringer (She, Her, Hers) was born and raised in once bustling Detroit, MI. Determined to secure a better future for herself, she relocated to Phoenix Arizona where she earned her bachelor’s degree from Grand Canyon University. Subsequently she earned her MBA from Northcentral University. Not long after earning her MBA with an emphasis in Entreprenuership, EK lauched a vegan bakery. EK has a strong background in higher education while still pursuing other passions. EKs passion for higher education stems from understanding the transformative power education can have in the lives of those who obtain it. “Education is the most powerful weapon we can use to change the world.” -Nelson Mandela

Meet The Man with Most Beautiful Instagram Modification Ever

Things to Know About How Body Image Impacts Mental Health

What to Do If You Don’t Get Promoted