Emerging Artist Xo Is A Role Model Through His Music

Kedarius Gray otherwise professionally known as XO is an independent artist native to Tuscaloosa, AL and raised in Riverdale, GA. The twenty year old rapper discovered his passion for music at the tender age of five. His exposure to the world of hip hop and his love for the music business manifested through his father’s legacy. Tuscaloosa legend and former B.O.C artist, Ro Gotit who unwittingly served as the muse for young XO’s musical genius. Though his father was his initial creative influence, XO will attest that his rap persona and style derived from his adolescent years growing up in Clayton County. Music was always a big part of Kedarius’ life however It wasn’t until he fathered his first born child at the age of fifteen and was consequently thrust into manhood that he decided to take music seriously in hopes of securing a future for his son. Music has served not only as a career for XO but also as a method of healing. The rapper has endured many tests and trials that have spawned an ongoing battle with drugs and depression such as the 2019 death of his best friend followed by being shot himself in 2020.As an introvert the artist often finds it hard to be vulnerable and open up to others and instead opts to utilize his talent as an outlet by putting the outside world on pause and allowing his soul to flow freely through projects like “Neverland” and “Baby Astro”. XO hopes that by telling his story through his music it will give others who are dealing with some of the same mental battles of depression, suicide, and anxiety a sense of hope and reassurance that they aren’t alone in their suffering. Depression affects millions of people every day including himself so XO has vowed to use his talent and platform to bring awareness to the cause and mentor those in need. His new project, “Outkast” hit the shelves and billboards in March, and his movement has gained him new fans from the jump.
Outkast is the first single off of the entitled EP. This is Xoxo’s newest project that he dropped in mid-March. The self-proclaimed song has that southern swag and that country drawl that will lure in people to hear him out. The song speaks on Xoxo, and about being an outcast. The flow matches with the beat, and the harmonization is on point. He alternates his flow and his voice in between verses and hooks, which makes the listener want to hear more. This is the type of song that you can sit and listen to while you’re smoking, driving, or sitting on the porch. If you suffer from any type of anxiety or depression, the verse “I don’t have no friends, I don’t know where they went” will hit home. Check it out now via OutKast by Xoxo (https://songwhip.com/xoxo4 ) on all major platforms.. 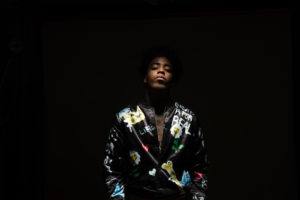 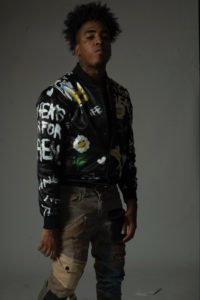 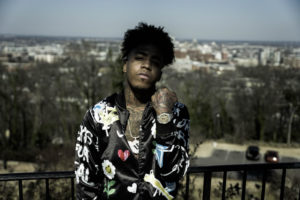 Vasco: This Language Translator is Incredible! No WiFi needed.

I am Young Entrepreneur that specializes in artist and brand development. I having been working with artists since 2009. I help artists build their career. Not only that I make sure to provide artists with the proper methods to succeed.Also in the past couple years I started into writting press releases and I enjoy it.

Want to move faster in your career? Get There Faster, now with Dr Raman K Attri

 Don’t miss on the IoT revolution with Helium