At Least 20 Dead in Pakistan’s Thursday Earthquake, More than 200 Injured

“When the earthquake occurred last night, many people ran out of their houses. We also ran out but one of my daughters died,”

It happened around 3am local time while residents were sleeping in the mountainous Harnai district of Pakistan. According to the US Geological Survey (USGS), it was a 5.9 magnitude quake that has now claimed at least 20 lives, injured over 200 people and has left hundreds more homeless in the Balochistan province, southwestern Pakistan.

The earthquake has caused power outages across Harnai as well as infrastructural damages counting in hundreds. Military doctors and paramedics have been called in to help, schools have been closed and a state of emergency has been issued at the Civil Hospital in Quetta. Since the quake, injured people have been rushed to the Quetta hospital via army helicopters in dozens because of blocked roads.

From Grief to Inspiration: The Metamorphosis of a Late Artist’s Work

5 Reasons Why You Need A Will & How To Make One 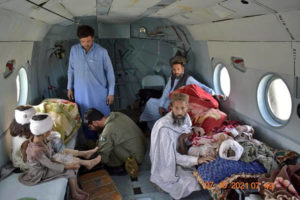 Adeel Ahmed, an official with the provincial Home Ministry, accounted that some mountainous areas of the district were inaccessible earlier for rescue workers because of landslides caused by the earthquake. He said “Efforts are being made to reach the people trapped in the far-off mountains… the coronavirus pandemic did not affect the relief efforts.”

The district is made up of scattered villages with mud houses that are home to coal mining communities. Roof and walls of houses crumbled upon their habitants so badly it is unclear whether the death toll would rise further. Muhammad Ali, a resident of the district recounts “When the earthquake occurred last night, many people ran out of their houses. We also ran out but one of my daughters died, two other girls were left behind and are injured.” 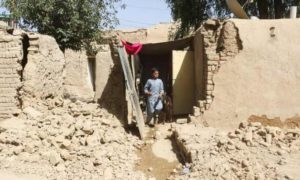 What used to be roofed house in Harnai district

“Almost all the shops have also collapsed and in every street of villages” another resident says “one or two people have died and many children are among the injured.” A Harnai farmer Rafiullah told Agence France-Presse “When I regained consciousness, I pulled out two of my sons,” he said, but his youngest boy, aged about one, had been struck by a wooden beam and had died.”

The Prime Minister Imran Khan sent his condolences in a tweet on Thursday. He wrote “I have ordered immediate assistance on an emergency basis for the Harnai, Balochistan, earthquake victims & for an immediate assessment of the damage for timely relief & compensation.” However, this is not the first time Pakistan is falling victim to this type of event.

In 2019, an earthquake measuring up to 5.6 rocked several cities in northern Pakistan, killing at least 22 people and injured over 500. In 2013, a 7.7 magnitude earthquake also struck Pakistan in the western regions, it killed at least 80 residents and injured more. The country rests in an area with high seismic activity and with Thursday’s quake reaching up to 9 kilometers in depth, it is still uncertain the cost of damages at this point.

Matthew Kluger – Benefits Of Being A Lawyer

From Grief to Inspiration: The Metamorphosis of a Late Artist’s Work

5 Reasons Why You Need A Will & How To Make One

Why is Target Corporation not following OSHA guidance?

5 Reasons Why Drone Transportation is the Future of Delivery

How Your Local Bank Stacks Up Against Cryptocurrencies

The Magical Journey of Arlekina, A New Kind of Musical, Comes to Off-Broadway This Summer