White Lies Are Just What You Need

In a country like ours where everyone has something to say; on television, at events, your radio and where the spread of information costs nothing, you can not expect all that noise out there to be true. You probably don’t trust the politicians on TV with good reason, remember Monica Lewinsky, but you most times never expect regular people to look you straight in the eye and lie.

The truth is; we are all liars. We do it to save our jobs, excuse our lapse in judgement and if they are a bit white, we do it to cover for others. Yet, not all of us are good liars. Reading those last words “Good liars”, you may imagine I mean those who tell lies better and you maybe right, but I am actually referring to those who believe deep down that they lie for good.

Are There Really Little White Lies? In the 2018 issue of The Inquisitive Mind, writers Janina Steinmetz and Ann-Christin Posten are quoted differentiating White Lies from Black Lies. They say “Black lies gain personal benefits and are universally condemned… White lies, like a lie to please another person, are seen as an innocent part of everyday interactions.” So complimenting someone with a lie is normal and exaggerating your success winning an argument is bad?

The Future of Work is changing, and so are Career Expectations!

“Does anyone ever wonder how twisted the world is?” You ask. “Giving compliments even if you don’t believe them, is considered polite but made-up self praise that could advance your career is frowned upon.” That’s because White lies have their benefits. Oxford psychologist Robin Dunbar told CBS NEWS that lies told to help another person or to protect someone’s feelings tend to be good for relationships.

According to him, these good lies also called Pro-Social Lies, help individuals form strong links with other individuals within their social networks. Think of a doctor calmly telling you that all you need is rest when he really knows your stress is a symptom of something far more dangerous to your health. You go home, take a long bath, watch your favorite show before dozing off and when you wake up, you feel better without taking any medicine. 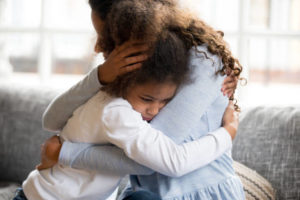 Since the lie is done to help you and not the doctor, it qualifies as a good lie and doctors have a name to justify their lie and what just happened to you. They call it the Placebo Effect. It happens when an improvement of symptoms is observed, despite using a nonactive treatment. Medical Advisor Jill Seladi-Schulman would tell you that this effect “ is believed to occur due to psychological factors like expectations or classical conditioning. Research has found that the placebo effect can ease things like pain, fatigue, or depression.”

You believe the White lies quicker because you want to. Who out there wants to think of themselves as having bad eating habits, being terrible cooks or having a severe health problem. We all like White lies and in a way, we crave them. According to one of San Rafael, California’s clinical psychotherapist Marcia Naomi Berger, Feeling valued and appreciated are basic human needs. “It’s part of what makes us want to cooperate and collaborate with those around us. And if you come to a challenge, knowing that you’re appreciated helps you want to work through and overcome that challenge.”

So whether we expect it or not, people lie to us daily. Sometimes, we don’t want to know the truth, especially when compliments and health are concerned. We shouldn’t pride ourselves specially above lies – give someone a hype today. Good lies, Bad Lies, none may be excused under oath in a court of law, but at least, we get to enjoy the benefits of good lies on a daily basis.

3 Beneficial Actions for Your Startups

The Future of Work is changing, and so are Career Expectations!

Why Your Money Is No Longer Safe In The Bank

How Tech is Changing the Role of a Clinical Research Associate

Tamalitoz: New Snacks You Need to Try During Your Next Movie Night!

Who Should I Leave My Assets to in My Will?