Why Your Money Is No Longer Safe In The Bank 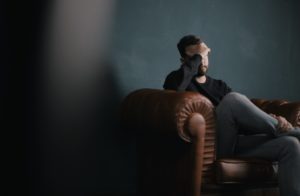 Photo by Nik Shuliahin on Unsplash

Your money in the bank is not as secure as you think. Banks don’t have gigantic vaults where every one of their clients’ cash is stored. Everything is digital now and almost anything digital is susceptible to a cyber attack.

What is a cyber attack? A cyber attack is a virtual assault by cyber criminals, also known as hackers, by using one or several computers to infiltrate an individual’s or an entire institution’s computer system in order to steal data or, more brazenly, disable the system and hold it for ransom.

Cyber attacks are on a sharp rise across the globe. In 2020 there was a sharp 300% increase in cyber crimes according to a report by the FBI’s Internet Crime Complaint Center with losses that exceeded a staggering $4.2 billion.

The industries that are in hackers’ crosshairs the most are small businesses, healthcare, government agencies, financial institutions, education and energy & utility companies.

Can you fund your venture with social capital?

Resolve to Join the Crypto Revolution in 2022

The attacks have become so bold and sophisticated that some of the world’s largest corporations have become helpless victims and have reportedly paid millions of dollars in ransom. Below are some of these companies and the ransom, if any, they’ve paid to get their computer systems up and running again.

What should I do with my money in the bank?

I’m not a financial advisor nor am I a financial security expert so I can’t tell you what to do with your money but I can share with you what steps I’ve taken in regards to my own wealth.

Earlier this year I invested in a small safe which I purchased through Amazon and began withdrawing the bulk of my money from the bank and storing it in the safe. I feel much better now that some of my money is within easy reach just in case my bank is ever hacked and ATMs are compromised or shut down.

Don’t put all your eggs in one basket

I opened accounts in two digital-only banks and began distributing some of the money in my main bank over to the two new bank accounts. So never put all your hard earned money in one basket. In case your main bank is ever compromised, you’ll have access to some of your money in another financial institution.

This year and the last have been challenging for the world and it’s not over yet. It seems there’s a new threat just simmering below the surface and ready to boil over, whether it’s a new mutation of the COVID virus,a newly detected trojan horse on the internet or massive social unrest. It’s important to stay sharp, informed and prepared. Proactivity is the key to surviving.

Ryan is an intrepid solo traveler and has lived and taught English in countries that are off the beaten path such as Nicaragua, Colombia and the Republic of Georgia. When not globe-trotting he has worked mostly in the financial industry for some of North America's largest corporations. Ryan has a degree in journalism and recently earned a Financial Markets certificate through Yale. He's currently learning Spanish. Ryan also enjoys the little things in life - a quiet stroll in a park, reading a good book or doing absolutely nothing.

Can you fund your venture with social capital?

Resolve to Join the Crypto Revolution in 2022

3 Places To Eat In Downtown Orlando

Trying to Find a Balance Between Working and Exercising

Learn About the Importance of Clinical Research

Fintech- As World Strides Towards Financial Inclusion, Many in Fast-Growing and Emerging Markets Remain Excluded from Global E-commerce