It’s been weeks since more than 130 heads of state arrived in Glasgow, Scotland for the United Nations’ 26th Climate Change Conference, or COP26. Though the various negotiations, arguments and commitments made by member nations to cut down on greenhouse gas emissions across the globe were praised, the conference has mostly criticised by many. In Greta Thunberg’s words, “COP has turned into a PR event”.

The first issue began two days after it commenced on Tuesday, when US President Joe Biden took the stage to express his disappointment in China, Russia and Saudi Arabia for not attending the climate change conference. Russia is one of the world’s top emitters of carbon and exporter of natural gas, Saudi Arabia leads the highest export of crude petroleum and China emits more greenhouse gases than any other country. “It’s been a big mistake for China… The rest of the world is going to look to China and say ‘what value-added are they providing?’ They’ve lost an ability to influence people around the world and all the people here at COP”

This statement came only days after the Biden administration threatened in late October, to go to war with China over Taiwan. Tensions ran high after Biden’s speech so much that China’s foreign ministry spokesperson Wang Wenbin, responded on Wednesday; “The US, as the largest cumulative emitter of greenhouse gases, should face up to its historical responsibilities and show greater ambition to reduce its emissions . . . slogans are no substitute for action.” COP26 served to further display the feud between these two countries in their contest for world dominance.

Naturally, China and the United States have always disagreed when Climate change is concerned. During the COP conference of 1995, the United States under former President George W. Bush, refused the climate change accord because it didn’t require countries like China, India and other emerging economies to cut down on carbon emissions. By November 2016, former President Donald Trump announced that America was leaving the Paris Agreement because he claimed Climate Change, despite it’s multiple signs, is a concept invented by the Chinese to Impair competition. The argument that China doesn’t care about Climate Change clearly holds ground, evident in it’s noticeable absence from COP26.

Pull up with Pull-Ups gets a Special Delivery!

While this was going on, heads of state from over 25 African countries seized the opportunity to demand climate justice and greater support from richer nations. The African continent is barely responsible for 3% of global carbon emissions and yet, suffers the effects of the climate crisis in the serious weather events like droughts and floods, just like countries with heavier emissions. The president of Ghana Nana Akufo-Addo, led this campaign saying “We are naturally very disappointed by the failure of wealthy nations to honor their commitments. We must find a solution that recognizes the historical imbalances between the high emitters and low emitters.”

The failure by wealthier countries to commit as mentioned by Akufo-Addo, referenced the US official withdrawal from the Paris agreement in November 2020 and the fact that lower income countries like his, spend five times more on debt to rich nations, than they cope with the effects of climate change. In 2009, more developed members of the United Nations, promised to provide poorer members with a sum of $100 billion per year until 2020. Blame it on the Covid-19 pandemic, but according to a recent report by The Independent Expert Group On Climate Finance, commissioned by the UN, the target was never met.

“It is most unfortunate that the impact of climate change is disproportionately borne by the vulnerable communities” Zimbabwe’s President Emmerson Dambudzo Mnangagwa added. “The expectation is that major emitters will scale up mitigation action.” Again, China would show up at the G-20 conference on October 31st, to support these African presidents. It called on advanced economies via video link, to increase support for developing nations, yet some would argue that this was a way to save face after America called her out earlier – a PR event indeed.

Since the Conference started, Countries have continued to pledge to reduce their carbon emissions. Brazil has promised to cut emissions by 50 percent by 2030, India in 2070 and more than 100 countries pledged to end deforestation by 2030. Major coal-powered countries like Poland, Vietnam and Chile, have also promised to shift away from coal. Coal produces more than 37% of the world’s electricity and yet remains the single biggest contributor to climate change than any other fossil fuel. It becomes shocking however, that on the very day over 20,000 delegates headed for Glasgow COP26, China announced plans for 43 new coal-fired power plants.

Still, the UK business and energy secretary Kwasi Kwarteng claims “The end of coal is in sight.”. Washington Post reporter Kasha Patel, records that the conference recognized the need to hit net-zero emissions by the mid-century and to provide $100 billion each year to poorer countries more susceptible to climate change.

These agreements meant nothing to protesters like 18 year old Swedish Climate activist Greta Thunberg, and thousands more who described the conference as a “two-week-long celebration of business as usual and blah, blah, blah.” They gathered in the rain on Saturday in Glasgow, protesting for more urgent and meaningful action by world leaders in response to global warming. They observed “Leaders are giving beautiful speeches” They complained “and announcing fancy commitments and targets, while behind the curtains governments of the Global North countries are still refusing to take any drastic climate action.”

63 year old curtain maker, Alexandra Bryden from Edinburgh told New York Times “Flooding is happening, and it is going to keep happening. [I am] worried about the future of [my] family members who live by the coast.” Most people agree that Climate change is a serious issue capable of causing numerous natural disasters and wiping out the human species, but most importantly, they believe talking about climate change would not solve anything.

Since they lack the needed scientific prowess to make a difference, the financial aid given to developing countries like Africa, will be used to support economies affected by the Covid-19 pandemic and settle their debts. Countries which have made recent pledges to cut down greenhouse gas emissions by 2030, are scarcely certain. Most of them, including Indonesia which claims to be forced, have to seek alternative sources of energy aside from coal, which may not serve just as good and could be too expensive to sustain. Despite similar conferences by the United Nations on Climate Change each year, global warming persists. If nations truly care, they do not need a yearly convergence with other countries to motivate them against global warming. 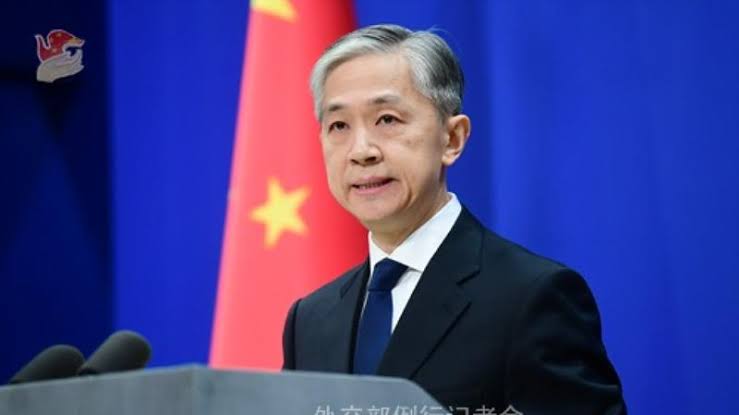 Chinese diplomat Wang Wenbin lashes back at the United States on Wednesday | fmprc.gv.cn 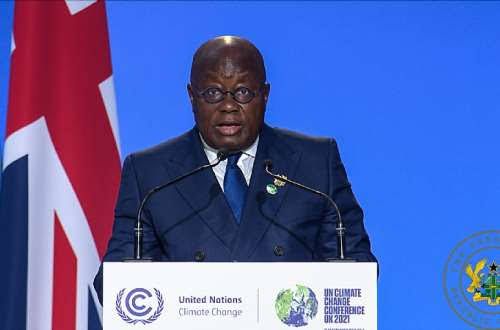 Pull up with Pull-Ups gets a Special Delivery!

How to Find a Playstation 5 (PS5) This Holiday Season

I-70 Things Brings All Types of News Closer to Coloradoans

Paws of War Ramps up Efforts to Save Animals Left Behind