It’s scary how many stories go unheard of criminal police officers who wear righteous badges but possess devilish intentions. Thursday’s final trial of Met Police officer Wayne Couzens which sentenced him to Life Imprisonment, certainly opened our eyes to the real-life horror story of how a London metropolitan police officer nicknamed “The Rapist” by his colleagues, kidnapped, raped and killed an innocent young woman for no sane reason.

Having prowled for months through the streets of London in search of lone young women, Couzens found 33 year old Sarah Everard walking home around 21:30 BST from a friend’s house and decided to kidnap her that night, 3rd of March.

Couzens tricked her with knowledge from his January covid-19 patrol and Metropolitan Police-issue warrant card. He told her she was violating the covid-19 lockdown guidelines and handcuffed her under the guise of a fake arrest. A couple driving past had witnessed the abduction but assumed he was an undercover police officer arresting a law breaker.

Setting the Standard for Sustainable Investment and Innovation

Five minutes later, 48 year old Couzens had placed Sarah in a car he hired several days before, but he wasn’t driving her to a police station. He drove to Denver in Kent where he transferred her into his car and then proceeded to a rural lonely area that night, where he raped and strangled Sarah to death with his police belt. 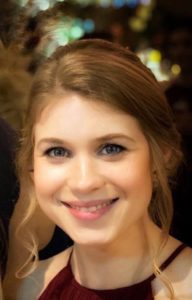 Her family and friends became worried when she didn’t come home and eventually contacted the police. They began looking for Sarah in the following days but it was a week after she disappeared that her burnt body was found in a woodland stream, meters from a land owned by Couzens.

Couzens was arrested on 9th March but waited until July before admitting that he kidnapped, raped and murdered Ms. Sarah. At the final hearing on Thursday, Lord Justice Fulford described the incident as grotesque, warped, selfish and brutal. “Ms. Sarah was an intelligent, resourceful, talented and much-loved young woman, still in the early years of her life.” He said to Couzens “Notwithstanding your guilty pleas… I have seen no evidence of genuine contrition on your part [but attempts] to minimise the proper consequences of what you have done.

“Sarah lost her life needlessly and cruelly and all the years of life she had yet to enjoy were stolen from her. Wayne Couzens held a position of trust as a police officer and we are outraged and sickened that he abused this trust in order to lure Sarah to her death. The world is a safer place with him imprisoned.” 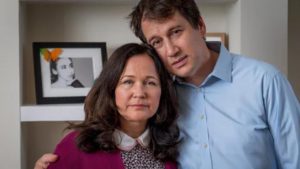 Couzens was sentenced to life term in prison for his crimes and while some may argue that it is not enough, Ms Everard’s family said they were pleased with the judgement. They said to reporters “knowing he will be imprisoned forever brings some relief… We miss her all the time. We hold her safe in our hearts.”

Records show that the police department was aware of Couzens criminal tendencies before the killing of Sarah Everard. According to recent reports, his cop colleagues knew he was “attracted to violent sexual pornography” and there was an “incident” of such reported in 2002.

The Independent Office for Police Conduct has now served 12 notices for allegations of misconduct to police officers investigating matters against Couzens before Sarah’s murder. These officers allegedly failed to investigate failed Couzens’ indicent exposure in a McDonald’s restaurant in South London on February 28 – three days before Sarah’s murder and a similar claim in Kent in 2015.

Couzens was also nicknamed “The Rapist ” by colleagues in the Civil Nuclear Constabulary, where he worked before the Metropolitan Police and gave women the creeps yet the recent allegations were not investigated seriously. Members of Parliament like senior Labour MP Harriet Harman, have called on the Met Police Commissioner to resign.

According to her, women’s confidence in the police has been shattered and it would be impossible for Commissioner Dame Cressida to oversee the changes needed to rebuild it since this misconduct happened under her (the commissioner’s) watch in the first place. However, Downing Street disagrees with this suggestion because it has extended Dame’s contract tenure in office by two more years.

Still, there is nothing as sad as placing one’s trust in the wrong person, worse, if that person is sworn to keep you safe.  Couzens may have been caught this time but there are more predatory police officers out there and it is the responsibility of various police departments to stop them before anything like this happens again.

Trying to Find a Balance Between Working and Exercising

A revolution in the Alternative Investments Industry tapping pension

Setting the Standard for Sustainable Investment and Innovation

A revolution in the Alternative Investments Industry tapping pension

Addressing Am[az]on from A to Z: Conglomerates are not Monopolies